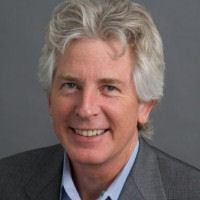 Michael Colopy is a Foreign Affairs Specialist who’s presentation method is brain-stretching, enlightening and memorable. He addresses corporate and association audiences on global trends and the challenges US business experts around the world, especially in dealings with China, a country he knows well. In an engaging narrative style, incorporating new developments – including the morning’s news – Colopy conveys deep and broad knowledge, navigating, analyzing and forecasting world currents since 1988.

Educated at Princeton, Colopy’s research projects have taken him to Iran, Turkey, Afghanistan, Lebanon, Ukraine, El Salvador, the Philippines, Taiwan, Thailand, the PRC, France, the UK and Venezuela. He learned through firsthand experience how the attitudes and agendas of other nations can affect the American brand. He understands US government policy processes well, having served as staff in both the US House and Senate, partner in a major DC lobbying firm, consultant to foreign governments and advisor to Fortune One Hundred corporations and trade associations of every stripe.

Colopy’s record of accurate predictions stands out; he has anticipated and tracked global trends, regional developments (especially in East Asia), leadership choices, political agendas, economic shifts and currency policies, connecting the dots among such distinct factors as the re-emergence of China’s reformers under Prime Minister Wen Jia-bao, transformation of the labor market, competition for commodity resources, pollution, alarming pressures on US corporations (forced transfers of IP, for example), the Google confrontation, skewing state investments to favor populist programs, the evolving “hostage capital” dilemma and the changing face of internal discontent.

Michael Colopy readily challenges old orthodoxies when evidence and patterns warrant or to test the validity of a plan or policy. His combination of wit, broad knowledge, practical information and energetic style has impressed hundreds of audiences and earned him among the highest rates of repeat appearance in America. The lively and unrehearsed Q & A portion of his presentations engages audience members directly, customizing the session to the interests of participants.

The World To Come

The emergence of China and America’s role in the world today comprise the special focus of Michael Colopy, a nationally acclaimed speaker on foreign affairs. Mr. Colopy began his career as an aide in the US House and Senate interpreting complex international issues for Members of Congress in ways they could explain to their constituents. His singular effectiveness in foreign policy presentations to the US business community has put him at the top of his profession. Educated at Princeton University in history and international affairs, he studied in several countries including Iran, the UK and others prior to working in Washington DC on several major international questions. These included SALT II, the Camp David Accords, the Philippine Bases Agreements, the Taiwan Relations Act, foreign aid and arms control. Among other assignments he was communications advisor to many Members of Congress, a senior aide to Senator John Glenn and assistant chief of staff for the presidential campaign.

Over the last eighteen years, Michael Colopy has similarly assisted a broad mix of American business executives and foreign clients. In 1988 he co-founded International Commerce Consultants Incorporated (ICCI) in McLean Virginia with affiliates in six countries, specializing in foreign policy and trade issues in East Asia with special focus on the People’s Republic of China, Hong Kong, Taiwan, logging more than fifty extended visits to the region. In 1992 Michael Colopy became a partner at the legislative and international trade firm, O’Connor & Hannan, the first non-lawyer — as the Wall Street Journal noted, to be elected a general partner in a US law firm — where he remained until 1998 when he assumed fulltime duties at ICCI.

In November 2004 Michael Colopy was asked by Aristotle International to design and manage a communications strategy for the company’s remarkably effective fraud monitoring effort in Ukraine in support of the pro-reform coalition opposed to the Russian-back quasi-dictatorship in Kiev. The dramatic events the world saw on television as the populace rose up against the fraudulent presidential election produced eventual success for democracy, a stunning reversal Michael Colopy assisted and witnessed firsthand.

Michael Colopy has advised several major US corporations such as GE, BellSouth, ECI, Corning and many smaller enterprises on China’s political and economic agenda, anticipating and interpreting events to advance success. Despite a long-standing preference for low profile advisory roles, more recently he has become recognized in the US business community as a highly rated lecturer before executive conferences and general audiences. He is best known for his arresting presentation style, incisive grasp of world events and his accurate forecasting of leadership and policy changes in China and the region.

Michael Colopy’s accessible, erudite and witty assessments of international issues and crises has brought him appearances at the Smithsonian Institution in Washington, the National Press Club, keynote addresses at corporate meetings and numerous business conference presentations. Besides television news appearances, Michael Colopy has authored opinion/editorial pieces in major publications as diverse as The Chicago Tribune, the Christian Science Monitor, Japan’s Nikkei Weekly and ghostwritten many more for elected officials and business leaders.

Colopy’s record of accurate predictions stands out; he has anticipated and tracked global trends, regional developments (especially in East Asia), leadership choices, political agendas, economic shifts and currency policies, connecting the dots among such distinct factors as the re-emergence of China’s reformers under Prime Minister Wen Jia-bao, transformation of the labor market, competition for commodity resources, pollution, alarming pressures on US corporations (forced transfers of IP, for example), the Google confrontation, skewing state investments to favor populist programs, the evolving “hostage capital” dilemma and the changing face of internal discontent. Colopy deftly unbraids the intricacies of Japan’s foreign policy, its trade and political disputes with China, the collapse of its economic renewal agenda, the lethargic response of ministries, rising security anxieties and the fundamental crisis of its aging population.

He also reviews positive prospects in Vietnam and the Philippines, political re-stabilizing in Thailand and Malaysia, resurgence in Indonesia and the strategically crucial regional role of Australia.