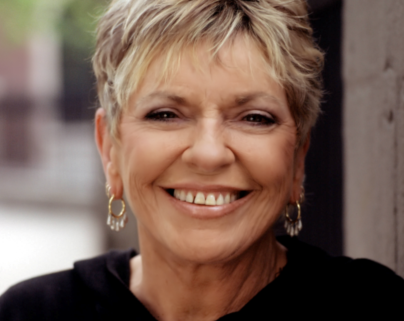 Linda Ellerbee first achieved recognition as a national political reporter, then as the Emmy award-winning anchor of NBC News Overnight and ABC’s Our World. After leaving the networks, Ellerbee and partner Rolfe Tessem began Lucky Duck Productions in 1987 by producing episodes of Smithsonian World for PBS. In 1992, after producing several children’s specials for Nickelodeon, the idea for a weekly news magazine show for kids was born. “I wanted a show that encouraged kids to think and to question,” Ellerbee said.

Nick News, now in its twentieth year, has won every award traditionally associated with adult programming, including three Peabody Awards (plus a personal one for Ellerbee and Nick News’ coverage of the Clinton investigation), a duPont Columbia Award and eight Emmys, including the 2010 Emmy The Face of Courage: Kids Living with Cancer. Also in 2009, Nick News received the Edward R. Murrow Award for best Network News Documentary, making history as the first-ever kids’ television program to receive this prestigious award. A breast cancer survivor, Ellerbee travels thousands of miles each year giving inspirational speeches to others. She is as direct with women as she is with kids; they understand that she understands their lives.

Health Care from the Patient’s Perspective
Ellerbee shares personal accounts of her experiences with breast cancer – from doing research, asking questions and taking part in making decisions about her own health care as an empowered consumer, to the determination and spirit that have made her a survivor for over 19 years, while acknowledging how important caregivers and health care providers were to her recovery.

How to Survive a Changing World & How to Change Your World
Ellerbee gives her rules for surviving a changing world with the heart intact – from surviving breast cancer to climbing mountains, from overcoming obstacles to making a noise. In her life and in her career, Ellerbee has learned that change is the norm.

Adventures in Journalism
From newspapers to networks, she’s gone from covering fires and parades to presidential debates and international terrorism, and collected some of the most prestigious awards along the way. Ellerbee talks about her experience as a veteran journalist.

How to Raise Media-Savvy Kids
In the future, our kids will either learn to use the media that surround them as tools, or they will be tools of that media. Television, the Internet, Smartphones, iPads – what’s next? And what is media literacy today, and how do we teach it? Ellerbee offers insight and perspective gained from speaking with (and listening to) kids for nearly 20 years on the critically acclaimed children’s television series, Nick News, and from raising two media-savvy kids of her own.

Kids, Television, and the News
Ellerbee talks about her journey to producing children’s television – how she created Nick News, her long-running series on Nickelodeon and “what I’ve learned about children, television and the real world.”
PLEASE NOTE: THIS SPEECH MAY BE TAILORED FOR EDUCATION GROUPS. Ellerbee talks about how teachers can use television as a teaching tool and turn television from the enemy into the teacher’s friend.

How To Be Successful and Hang Onto Your Values
How Ellerbee balanced having kids and building a career…or tried to. Ellerbee delivers her trademark wit and wisdom on everything from leaving the networks to starting her own company, from having a boss to being the boss.

Surviving Breast Cancer to Laugh Another Day
Ellerbee describes her experience with breast cancer – from the heartfelt yet amusing reactions of friends and colleagues, to the determination and spirit that make her a survivor for over 19 years. 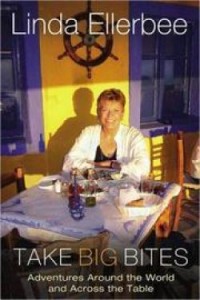 Linda  Ellerbee  is  an  outspoken journalist, award- winning  television producer,  best-selling author,  a breast cancer survivor, a mom, a grandmother and one of the most sought-after speakers in America. Ellerbee began her career at CBS, and then moved to NBC News where, after years covering national politics, she pioneered the late-night news program NBC   News    Overnight,    which   she    wrote   and anchored.  Overnight   was   cited   by   the   duPont Columbia  Awards  as  “the  best  written  and  most intelligent  news  program  ever.”  In  1986,  Ellerbee moved to ABC News to anchor and write Our World, a weekly primetime historical series. Her work on Our World won her an Emmy.

In 1987, Ellerbee and Rolfe Tessem, her partner, quit network news to start Lucky Duck Productions, first producing documentaries for PBS. In 1991, Lucky Duck began producing Nick News for Nickelodeon with Ellerbee writing and hosting. Nineteen years later, Nick News is watched by more children than watch all other television news shows put together—and has earned honors traditionally associated with adult programming. Known for the respectful and direct way it speaks to children about the important issues of our time, Nick News has collected three Peabody Awards (including one personal Peabody given to Ellerbee for her coverage of the Clinton investigation), a duPont Columbia Award and seven Emmys, including the 2009 Emmy for Coming Home: When Parents Return From War. Also in 2009, Nick News received the Edward R. Murrow Award for best Network News Documentary, making history as the first-ever kids‟ television program to receive this prestigious award.

These days, Ellerbee and her work can be seen all over the television universe. Lucky Duck has and continues to produce primetime specials for ABC, CBS, HBO, PBS, Lifetime, MTV, Logo, A&E, MSNBC, SOAPnet, Trio, Animal Planet and TV Land, among others. Ellerbee was honored with an Emmy for her series, When I Was a Girl, which aired on WE: Women‟s Entertainment network.

Ellerbee‟s first foray into books for kids, an eight-part fiction series entitled Get Real, published in 2000, won her raves among middle school readers. Both of Ellerbee‟s previous adult books—And So It Goes, a humorous look at television news, and Move On, stories about being a working single mother, a child of the „60s and a woman trying to find some balance in her life—have been national best sellers. Ellerbee‟s newest book, also a best seller, Take Big Bites: Adventures Around the World and Across the Table, is a humorous account of her love of travel, talking to (and eating with) strangers, and, according to Ellerbee, “oh, just making trouble in general.”

As a breast cancer survivor, Ellerbee travels thousands of miles each year giving inspirational speeches to others. She is as direct with women as she is with kids; they understand that she understands their lives.

Although Ellerbee has won all of television’s highest honors, she says it‟s her two children who‟ve brought her the richest rewards. Ellerbee spends her personal time in New York City and Massachusetts with Rolfe, her partner in work and life and their dogs, Daisy and Dolly.