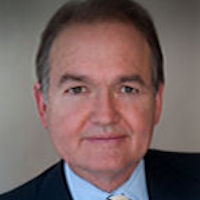 John Gray, Ph.D. is considered the leading relationship expert in the world and best-selling relationship author of all time. He helps men and women understand, respect and appreciate their differences in both personal and professional relationships. His approach combines specific communication techniques with healthy, nutritional choices that create the brain and body chemistry for lasting health, happiness and romance. His many books, videos, workshops and seminars provide practical insights to effectively manage stress and improve relationships at all stages of life and love. Gray’s books have sold over 50 million copies in 50 different languages. His groundbreaking book, Men Are from Mars, Women Are from Venus, was the best-selling book of the 1990s. It launched his Mars Venus book series that forever changed the way men and women view their relationships.

The author of Men are from Mars, Women are from Venus, John Gray, Ph.D., is arguably the bestselling and most influential relationship author in the world. The number one bestselling hardcover book of the nineties, Mars/Venus was listed by USA Today as number six among the most influential books of the last quarter century.  With his books now translated into approximately 45 languages in more than 100 countries, Dr. Gray has appeared many times on Oprah, as well as on The Dr. Oz Show, TODAY, CBS This Morning, and Good Morning America.  Profiled in Time, Forbes, USA Today, TV Guide, and People, he was also the subject of a three-hour special hosted by Barbara Walters.

Recognizing the changes in society in the last two and a half decades, John recently published Beyond Mars and Venus: Relationship Skills for Today’s Complex World.  Women can now access their masculine side, men can embrace their feminine side, and while this new freedom is a good thing, it is not without its challenges – both at home and in the workplace. Whether dealing with our other half or with a client, customer, manager, or co-worker, the reality of these changes have an impact. And it is this that John addresses.

With his trademark humor and insights making him as relevant today as he was in the nineties, John is in demand as a speaker and on media throughout the world.

Making the Male Female Dynamic Work in Your Workplace

We now take male/female equality for granted. But no matter how we’ve come, in reality men and women are different.  They tend to perceive, approach, and solve things differently. They certainly communicate differently.  And denying those differences can negatively influence team cohesion, productivity, and your bottom line.

Twenty-five years ago, with Men are From Mars, Women are From Venus, John Gray, Ph.D., changed forever the way we look at male/female communication.  Now, with a sensibility for 21st century expectations, stressors, and demands, Gray provides an unfiltered and deep understanding of what both men and women bring to the equation, how to maximize the input of each, and how to foster the respect and understanding necessary to boost morale, maximize teamwork, and ultimately impact your bottom line.  And your staff and management will laugh out loud as he does it with his uniquely entertaining style.

Twenty-five years ago, with Men are From Mars, Women are From Venus, John Gray, Ph.D., changed forever the way we look at male/female communication.  Now, with a sensibility for 21st century expectations and communications, while ever mindful of gender preferences, Gray provides your staff with both specific and nuanced understanding of how to approach men and women to maximize your sales and increase your bottom line. And your management and staff will laugh out loud as he does it with his uniquely entertaining style.

Beyond Mars and Venus: Relationship Skill for Today’s Complex World

The time when the roles of men and women were different – and those differences were clearly defined – is long gone.  In the new paradigm, men and women have found equality in the workplace, in the home, and in relationships. And while that parity – a long time coming – is beneficial to all, because of biological and communications differences between the sexes, it also creates some stressors. And stressors lower employee retention, morale, and productivity.

Twenty-five years ago, with Men are From Mars, Women are From Venus, John Gray, Ph.D., changed forever the way we look at male/female communication.  Now, with a presentation that will have your employees laughing out loud as they learn, John Gray addresses why these stressors exist, both in the workplace and at home, how to mitigate them, and what happens to our morale and productivity when we do so. 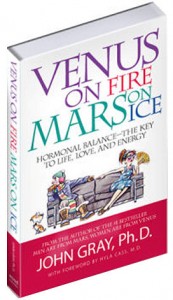