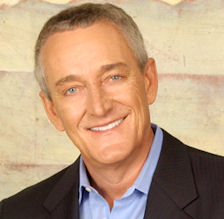 USA Today named him One of America’s Top 3 Business Speakers, Jason Jennings spent over 20 years studying the world’s top performing companies, their leaders, and consulting other companies on how to achieve their full economic appeal. His book, It’s Not The Big That Eat the Small-It’s The Fast That Eat the Slow, detailing his travels to top companies, was an instant bestseller. Published in 32 languages, it was named by USA Today as one of the top 25 books of 2001. Subsequent bestseller, Less Is More, based on research of over 4,000 companies, revealed secrets of the most productive companies in the world.
Think BIG-Act Small, provides a study of the world’s ten companies who managed to grow revenues and profits by ten percent or more each year for ten years. His next project, based on his study of organizations that have successfully reinvented and transformed themselves, The Reinventors: How Extraordinary Companies Pursue Radical Continuous Change, is scheduled for release in late 2011.

Jennings was the youngest radio station group owner in the world and his sales strategies are credited with revolutionizing many aspects of the broadcasting industry. He later founded Jennings-McGlothlin & Company, a consulting firm that, within three years, became the largest media consultancy in the world. Jennings continues to consult with companies worldwide and does more than 60 keynote speeches annually for clients like Verizon, Sun America, Ford, Wells Fargo, and AOL Time Warner.

Hit The Ground Running
Jason’s new speech is based on the most important findings from the research for his latest book, Hit The Ground Running: A Manual For New Leaders. Filled with rich stories, vivid examples and anecdotes that make the powerful information come alive; the speech contains the discoveries that allow companies and their leaders and workers to achieve results fast. This speech can be customized for the following audiences:

The Five Secrets of the World’s Best Performing Leaders and Companies
This is the crowd pleaser that’s received standing ovations from hundreds of thousands of people in scores of countries around the world. After studying more than 100,000 companies for his best selling books on speed (It’s Not the Big That Eat the Small…It’s the Fast That Eat the Slow), on productivity (Less Is More), on growing revenues (Think BIG, Act Small) and his latest book, Hit The Ground Running, Jason works with the group leadership and selects the five most important discoveries he’s made that are appropriate for the audience and presents them in spellbinding fashion. This speech can be customized for any audience composed of people wanting to improve their management and leadership skills and life skills and is especially appropriate for:

Both of these topics are offered as either a keynote speech accompanied by Q&A or as a half-day program.

Jason Jennings is a researcher and one of the most successful and prolific business and leadership authors in the world and his greatest thrill is helping lead individuals and companies to their full economic potential.

He began his career as a radio and television reporter and was the youngest radio station group owner in the nation. Later, he founded Jennings-McGlothlin & Company, a consulting firm that became the world’s largest media consultancy and his legendary programming and sales strategies are credited with revolutionizing many parts of the broadcasting industry.

He traveled the globe in search of the world’s fastest companies for his landmark book, It’s Not the Big That Eat the Small – It’s the Fast That Eat the Slow. Within weeks of its release it hit the Wall Street Journal, USA Today and New York Times Bestsellers Lists. Now published in 32 languages, USA TODAY named it one of the top 25 books of the year!

Next, he and his research teams identified the world’s ten most productive companies for his bestseller Less Is More. That was followed by his next book, Think BIG – Act Small, which profiled the only ten companies in the world to have organically grown both revenues and profits by double digits every year for ten consecutive years. Like all his previous books it debuted on all the bestseller charts. His latest book, Hit the Ground Running – A Manual for Leaders reveals the tactics and strategies of the ten CEO’s who created the greatest amount of economic value between 2000 and 2009. Research is underway for his next book to be published next year (in 2011) that promises to reveal the secrets of those leaders and organizations that have successfully reinvented and transformed themselves. In total Jennings and his teams have screened and studied more than 120,000 companies.

Along the way he found time to join forces with well known cardiologist Dr. John Kennedy and coauthor the 2010 Health, Mind and Body bestseller, The 15 Minute Heart Cure –The Natural Way to Release Stress and Heal Your Heart in Fifteen minutes a Day.

Critics call his books, “extraordinarily well researched, insightful, crisply written, accessible, intriguing and a vital resource for everyone in business,” and USA TODAY calls Jennings one of the three most in-demand business speakers on the planet along with the authors of Good to Great and In Search of Excellence.

When not traveling the world on research and adventure travel Jennings and doing eighty keynote speeches each year, Jennings and his family split their time between the San Francisco bayside community of Tiburon, California and their lodge Timber Rock Shore on a small lake in Michigan’s northern peninsula where they share the environment with native moose, bear, deer, wolves and soaring eagles.