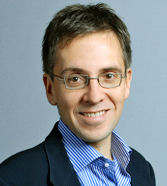 Ian Bremmer is the president of the world’s leading global political risk research and consulting firm, Eurasia Group. He is creator of Wall Street’s first-ever global political risk index now the GPRI (Global Political Risk Index) — a joint venture with investment bank Citigroup. Bremmer has written for Washington Post, Newsweek, and Harvard Business Review and appears frequently in the media as a political risk expert. He works with financial, corporate, and government groups to provide them with accurate information and insight on how political developments move markets.

Bremmer has authored/published eight books, including the national bestsellers Every Nation for Itself: Winners and Losers in a G-Zero World, which details risks and opportunities in a world without global leadership, and The End of the Free Market: Who Wins the War Between States and Corporations , which describes the global phenomenon of state capitalism and its implications for economics and politics. He also wrote The J Curve: A New Way to Understand Why Nations Rise and Fall, selected by The Economist as one of the best books of 2006.

Bremmer regularly contributes articles to the Wall Street Journal, writes “The Call,” a blog on ForeignPolicy.com, and is a panelist for CNN International’s Connect the World. Bremmer has a PhD in political science from Stanford University and teaches at Columbia University. His analysis focuses on global macro political trends and emerging markets, which he defines as “those countries where politics matter at least as much as economics for market outcomes.” He provides strategies that help minimize both long- and short-term risk by taking into account both the political and economic factors that affect the global business environment.

Every Nation for Itself: Winners and Losers in a G-Zero World
At a time when so many challenges transcend borders, the need for international leadership has never been greater. Leaders have the leverage to coordinate multinational responses to transnational problems and the wealth and power to persuade other governments to take actions they wouldn’t otherwise take. They pick up the checks that others can’t afford and provide services no one else will pay for. But in years to come, there will be no global leadership, because there is now no single country or bloc of countries with the political and economic muscle to drive an international agenda. America is struggling to pay its bills, Europe is busy trying to save the eurozone, and emerging powers are wrestling with too many complex challenges at home to accept risks and burdens abroad.  A world without leaders will undermine our ability over the next decade to keep the peace in Asia and the Middle East, to grow the global economy, to reverse the impact of climate change, to feed growing populations, and to protect the most basic of all necessities—air, food, and water. Its effects will be felt in every region of the world, even in cyberspace.

Ian Bremmer, an expert on international politics and its impact on global markets, will detail the following:

The End of the Free Market: Who Wins the War Between States and Corporations?
A generation after communism’s collapse, the future of free market capitalism isn’t what it used to be. Public wealth, public investment, and public ownership have made a stunning comeback. Certain that command economies are doomed to fail but afraid that truly free markets will spin beyond their control, the political leadership in China, Russia, the Arab monarchies of the Persian Gulf and other authoritarian states have invented a new system: state capitalism. Each in their own way, they’re using markets to create wealth that can be directed toward the achievement of political goals. Governments now dominate key domestic economic sectors. The oil companies they own control three-quarters of the world’s crude oil reserves. They use state-owned companies to manipulate entire economic sectors and industries. They own enormous investment funds that have become vitally important sources of capital for Western governments and banks weakened by financial crisis. An expert on the impact of politics on market performance, Ian Bremmer illustrates the rise of state capitalism and details its long-term threat to relations among nations and the future of the global economy.
At this presentation audiences will learn about:

The Fat Tail: The Power of Political Knowledge for Strategic Investing
The fallout from the still-unfolding global financial crisis provides several perfect examples of “fat tail” risk, those that flow from the low-probability, high-impact events that generate upheaval more often than we think. Bremmer shares with audiences how an understanding of the political dynamics generated by the financial crisis helps us forecast market risks, why politics matter more than ever for market performance, why the world’s wealthiest countries have begun to behave like emerging market states, and what all this means for investors and companies.

At this presentation audiences will learn:

Managing Risk in an Unstable World
To navigate globalization’s choppy waters, every business leader analyzes economic risk when considering overseas investments or looking at market exposure. But do you look beyond reassuring data about per-capita income or economic growth–to assess the political risk of doing business in specific countries? If not, you may get blindsided when political forces shape markets in unexpected ways–from European accession in Turkey, social unrest in India, or protectionist legislation on China. Acclaimed political analyst and entrepreneur Ian Bremmer explains that by blending political and economic risk analysis, you make savvier investment decisions–seizing valuable opportunities around the globe while avoiding danger zones.

At this presentation audiences will learn:

The Politics of Global Energy
Oil prices are increasingly susceptible to international politics–for both the world’s supply and demand. Ian Bremmer, founder and president of the world’s largest political risk consultancy, shares his views on what’s in store for the politics of global energy–from spiraling Chinese and Indian growth in consumption to the dangers of future oil export from the Middle East, Russia and the Caspian, and West Africa.

At this speech audiences will learn:

China, India, and Beyond: The Opportunities and Pitfalls of Asian Growth
China bestrides the world as a colossus, and business leaders can’t get enough from the promised riches of Asia. But does unprecedented growth mean that your company will benefit from it? Ian Bremmer, intellectual entrepreneur and President of Eurasia Group, explains the dangers of Asian growth for global investors seeking to build a presence in international markets; for companies seeking to sell their products there; and for the global markets more broadly.

At this speech audiences will learn: 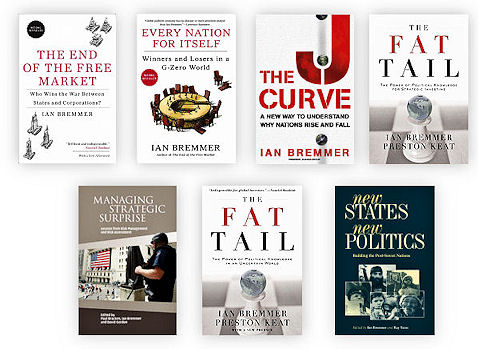 Ian Bremmer is the president and founder of Eurasia Group, the leading global political risk research and consulting firm. He is a prolific thought leader and author, regularly expressing his views on political issues in public speeches, television appearances, and top publications. Dubbed the “rising guru” in the field of political risk by The Economist, he teaches classes on the discipline as Global Research Professor at New York University.  His latest book focuses on the future of America’s role in the world and will hit shelves in May 2015.

In 1998, Bremmer established Eurasia Group with just $25,000. Today, the company has offices in New York, Washington and London, as well as a network of experts and resources in 90 countries. Eurasia Group provides analysis and expertise on how political developments and national security dynamics move markets and shape investments across the globe. As the firm’s president and most active public voice, Bremmer advises leading executives, money managers, diplomats and heads of state.

Bremmer is credited with bringing the craft of political risk to financial markets—he created Wall Street’s first global political risk index (GPRI)—and for establishing political risk as an academic discipline.  His definition of emerging markets—“those countries where politics matter at least as much as economics for market outcomes”—has become an industry standard.  ‘G-Zero,’ his term for a global power vacuum in which no country is willing and able to set the international agenda, is widely accepted by policymakers and thought leaders. Said Larry Summers, “Global political economy has no sharper or more prescient analyst than Ian Bremmer.”

Bremmer actively discusses the intersection between politics and markets in speeches and the media. He has published nine books including the national bestsellers Every Nation for Itself: Winners and Losers in a G-Zero World and The End of the Free Market: Who Wins the War Between States and Corporations? He is a regular columnist for Reuters and the Financial Times A-List, and has written hundreds of articles for many leading publications.  He appears regularly on CNBC, Fox, Bloomberg, CNN, the BBC, and other networks.

Bremmer earned a PhD in political science from Stanford University in 1994 and was the youngest-ever national fellow at the Hoover Institution. In 2007, Bremmer was named a Young Global Leader of the World Economic Forum, where he is the founding chairman of the Global Agenda Council on Geopolitical Risk.  He is a Senior Fellow at the World Policy Institute and serves on the President’s Council of the Near East Foundation, the Leadership Council for Concordia and the Board of Trustees of Intelligence Squared.

Bremmer grew up in Boston and currently lives in New York and Washington.