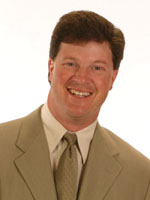 Greg Schwem, named “America’s Favorite Corporate Funnyman” by Chicago Magazine, will have your audience rolling in the aisles with laughter when he shares his unique workplace observations. More than just a motivational speaker, Schwem is one of the most gifted humorists around, ready to bring his custom brand of business humor and uplifting observations on the working life to your next event. Combining G-rated comedy with lightning fast ad-lib skills, he takes his audiences on hilarious tours through their work environments. Schwem always goes above and beyond, researching every audience and customizing his material so that no two shows are alike. He also employs scripts and can create custom videos that will enliven any event. Hailed by the Chicago Tribune as the “king of the hill” of corporate comedy, Schwem has performed for some of the largest corporations in the world. He is the author of Text Me If You’re Breathing: Observations, Frustrations and Life Lessons From a Low-Tech Dad.

Comedy with a Byte
Let’s face it…business can be funny! Technology used in business can be downright hilarious! Nobody knows that better than Greg Schwem. For more than 14 years, Greg has brought his wholesome, energetic brand of stand-up comedy, motivational speaking and corporate video presentations to business functions from coast to coast. Greg laces his routines with hilarious observations that business people can relate to. Laugh along with Greg as he jokes about technical support lines, “frequently” asked questions, acronym overload, cluttered PowerPoint slides and that office employee who loves sending two word e-mails. Greg’s ability to customize material and improvise with audience members has made him a sought after meeting emcee and corporate pitchman as well. When not doing corporate dates, Greg headlines comedy clubs and performs in concert venues nationwide.

A graduate of Northwestern University‟s prestigious Medill School of Journalism, Schwem never envisioned a career in comedy. Instead, he settled in Florida, becoming an award-winning reporter for NBC-owned WPTV in West Palm Beach. But the comedy bug bit Schwem hard and he returned to his hometown of Chicago, where he honed his act in clubs. When he began inserting material about business and technology into his nightclub act, audience members approached him and said, “you really should come down to my office and tell those jokes.” Behold! Comedy With a Byte was born. Schwem‟s show provides a hilarious look at today‟s corporate environment and the latest tools used to conduct

business. What sets Schwem apart from other corporate comedians is his ability—and willingness—to customize material for his audience. When Schwem hits the stage he already has perused the company‟s Internet site, combed the internal message boards and even sifted through numerous PowerPoint presentations. “There is no such thing as too much information,” Schwem says. “I know corporate audiences like to laugh at themselves so the more ammunition I get, the funnier it will be. Just don‟t give me a 10-K report. There is NOTHING funny about that.”

Schwem‟s preparation always includes a conference call with company executives and, in some cases, an onsite visit. The personal touch strikes a chord with clients. “The fact that you came up to our facility beforehand to get a feel for our culture and how we operated proved to be very beneficial, “ said Skyline Display Sales VP Bill Dierberger. “I have never seen some of our corporate folks laugh as hard as they did.”

After a performance at the MultiFamily Educational Conference, Marketing Director R.Leigh Curry said, “My sides actually hurt by the end of your performance. Based on the feedback I received from other attendees in the audience, it was a mutual feeling.” Some customized material from past shows:

For the Society of Actuaries: You use something called “Generally Accepted Accounting Principles.” Generally accepted? Does that mean you can fudge once in awhile? Try giving your kids a generally accepted curfew of midnight and see what time they come home!

Today Schwem performs close to 100 corporate dates a year. In addition to corporate stand-up comedy, Schwem emcees multi-day events and writes custom videos for clients. Back home Schwem coaches softball for daughter Natalie, 11, and cleans up after daughter Amy, 6. In his precious spare time, he enjoys tennis, golf and any music from the Counting Crows, Coldplay and Death Cab for Cutie.