Got guilt? Got insecurity? Got temptation? You need the wise cracking intervention of Hey Nunnie Nunnie!  From the minds of Shannon O’Brien and Dana McCain come the madcap antics of Hey Nunnie Nunnie! These silly sisters of sin and song captivate and charm audiences with their unique style of reverent and irreverent comedy. Cracking jokes, singing songs, and “counseling” audience members, Mother Redempta and the mischievous Sister Philomena Claire, two sisters from the Sisterhood of the Wailing Souls, create an environment of hilarity that is sure to please.

These women of the cloth will gently poke and prod you toward divine inspiration using their silly songs, mock commercials, jokes and audience interaction. The Rev. Mother and Sister Phil will whip any group into a congregation.

Are you worried that not being Catholic will keep you from enjoying the show? Worry not! The sisters “love everybody” and much of their fun comes from “instructing” the audience. Through the use of time-tested comedy, charming characterization, and off the cuff audience interaction, they’ll remind you that a new perspective on an old topic can bring productive and uplifting results. The biggest lesson these old girls have to teach is, don’t take yourself so seriously!

Hey Nunnie Nunnie!
The humorous program of the nationally acclaimed comedy duo Hey Nunnie Nunnie! brings their wacky brand of irreverent humor and some of the best improvisational skills that you’ll ever see! You’ll laugh so hard, you’ll think you’ve died and gone to heaven. One of the premier comedy acts working today, these Silly Sisters love to interact with their audiences. The most interesting thing is that Mother Redempta and Sister Philomena Claire (aka Dana McCain and Shannon O’Brien) bring, is that touch of the holy and a little bit of bawdy that makes everyone giggle. They are truly a fun act that is not to be missed. 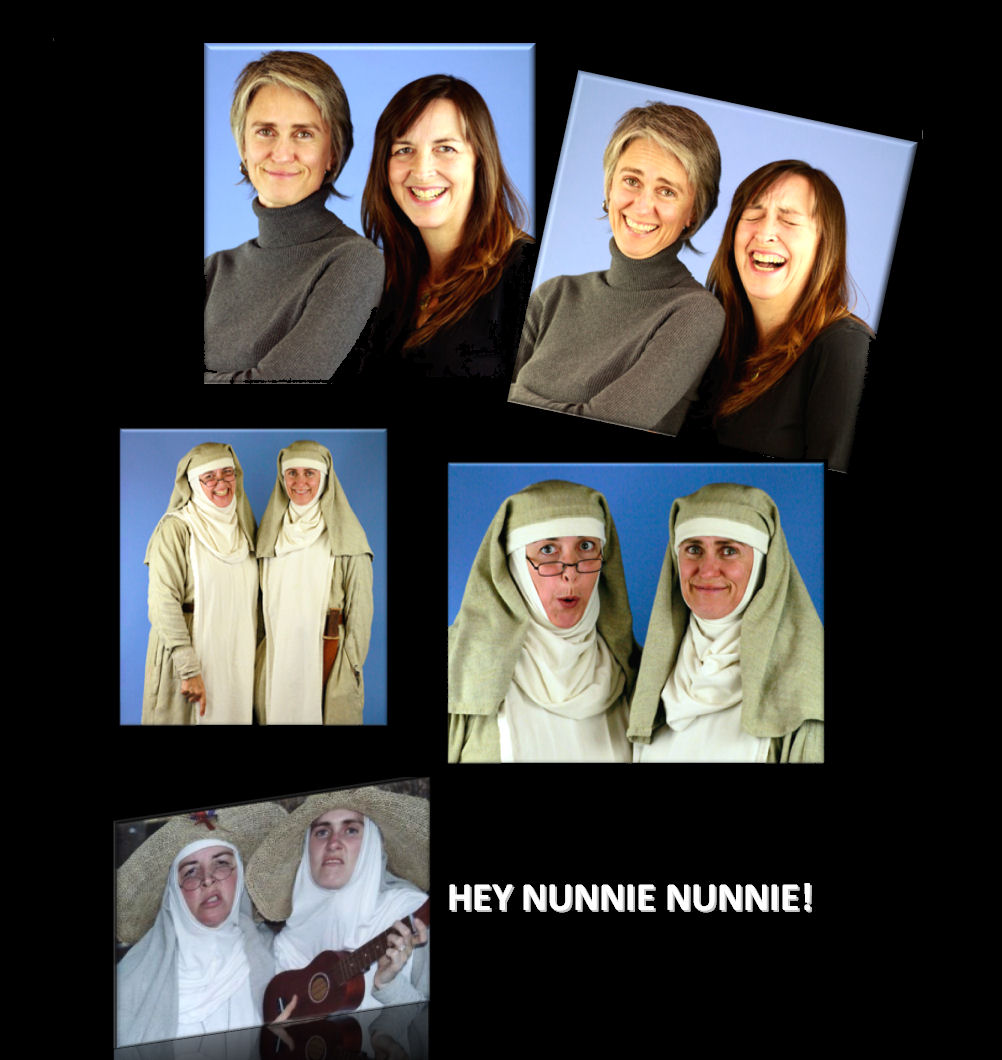 Dana McCain graduated with a BFA in acting and directing from the University of North Carolina at Greensboro. Originally believing she was bound for “serious” theater she stumbled repeatedly into comedic roles until she finally embraced her clown nature. Dana trained extensively with Gary Izzo, author of the Art of Play and Acting Interactive Theater and it was Gary that cast her in the improvisation-based, interactive show Streetmosphere at Disney MGM Studios in Orlando Florida. There she met Shannon and has henceforth been referred to (in certain circles) as Dana the nun.

Shannon O’Brien grew up in a small suburb of Rochester NY and attended LeMoyne College a tiny Jesuit school in Syracuse. Through her work with Gary Izzo (See a pattern here?) Shannon was cast in a variety of comedy shows at the Disney Epcot Center and Disney MGM Studios. Five years into her time with “the Mouse” she met Dana who had this crazy idea for a nun act. Twenty years later they are still working the habits.

The ladies are often asked if they are really Catholic. The answer is: Shannon is the Catholic representative of the duo although her church was hippier than most. (Think folk choir and folding chairs…come on! it was the 60’s, people!) 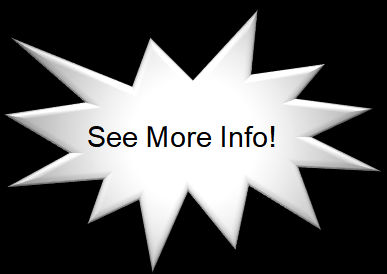 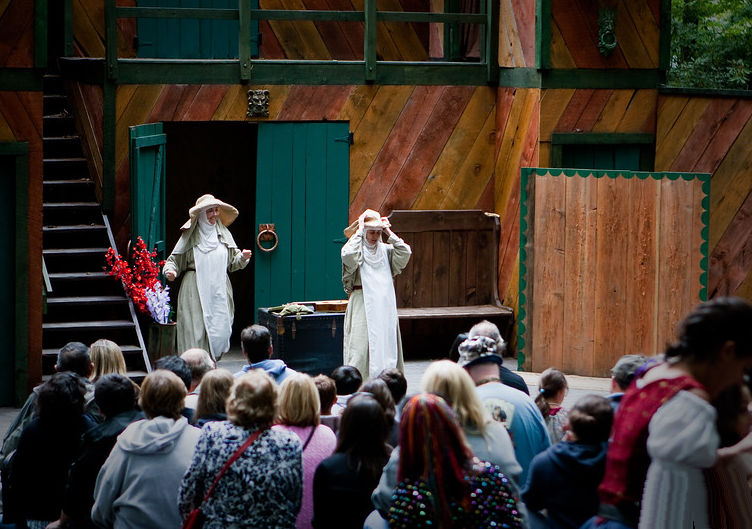