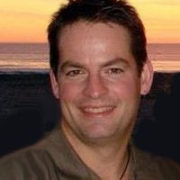 On August 24, 2010, at 4:00 AM, surrounded by a community of supporters, Bruckner Chase embarked on a 25-mile marathon swim to connect Santa Cruz to Monterey while also binding those on land with the Monterrey Bay National Marine Sanctuary.

Those twenty-five miles developed into an epic fourteen-hour journey in which he encountered everything from massive jellyfish to blue whales, fog to white-capped swells.

The swim was a test of physical and emotional fortitude and became a means to forge an emotional tie between the communities surrounding the Sanctuary and the fascinating adventures taking place just beyond the shore. Long distance ocean swimming takes the swimmer into the unknown, toward goals often beyond the horizon; few of us know what we do not know, and by reaching out beyond what we believe to be our horizons, we can make a positive and sustainable impact on those around us. Bruckner demonstrates how to develop the ability to see beyond the current situation and pursue something greater. From students to corporate executives, from business retreats to service club meetings, from small group gatherings to large conferences Bruckner is able to tailor each presentation to the members of your organization so they can become what the world truly needs – people eager be ALIVE and change their worlds. More information, including preview video, articles, topics, full bio:

Teamwork
In ultra-distance open-water swims there is typically only one swimmer, but the effort is neither a solo endeavor nor a solo success at the end. In just a swimsuit, cap and goggles Bruckner Chase is at home in sometimes-hostile seas and oceans around the world, realizing that the only way to survive is to be part of an amazing team, both on the water and on land. Swimmer, event team leaders, crew members and resource managers are not enough as single units. Oceans are crossed only when all the components function as one. Bruckner believes that groups, in business as in sports, can only move along the shared continuum towards extraordinary if we recognize the importance of each individual role and the need to seamlessly integrate a multitude of personalities and abilities in order to elevate the potential of us all.

Overcoming Fear
In 2009 Bruckner Chase was knee-deep in the waves of Monterey Bay when a seventeen foot great white attacked a porpoise in the shore break 300 yards away. At 4:00 am, just four days later, he headed out across those same waters to attempt a 25-mile swim from Santa Cruz to Monterey. Ironically that swim ended not after a shark-sighting, but after hundreds of jellyfish stings within six hours forced Bruckner to leave the water. In 2010 Bruckner returned to Monterey to confront his fears of the known and unknown, both in the water and in himself. Bruckner believes that, more than fearlessness, the important feeling to take into any great challenge is trust. Having trust in community, friends and a purpose greater than one’s self has proven to be a limitless source of strength regardless of the challenges on land or in the sea. Bruckner shows how to put these beliefs to work for you and your organization.

Business Relationship Development and Reaching Others
We love stories, and more importantly we are engaged by things that make us “feel” while realizing something new or exciting about our world and ourselves. On August 24, 2010, Bruckner Chase embarked on a 25 mile swim across Monterey Bay. By the end of the next day millions of people had connected with Bruckner and shared his experiences with blue whales, seals, dolphins and millions of jellyfish. Connecting with communities, customers or co-workers does not require experiences at the extreme; it only takes a willingness to recognize what draws others to us–energy and passion about shared interests in the world—and extend ourselves. Whether as individuals or as companies, when we find that common source and then “put it out there” we can not help but have an impact.

In Business as in Life, Have a Plan B
In marathon swimming a great plan gets you to the beach. The ability to recognize and adjust when the first wave hits is what gets you across the ocean. Those who consistently succeed, whether as athletes or as executives, are the ones who have learned how to adapt when plans go awry. As a former director of store development for West Marine and special projects manager for Abercrombie & Fitch, Bruckner Chase came from a profession in which everything was scripted by a blueprint or a Gannt chart. As an athlete he now tests himself in a sport in which little can be controlled. In an ocean work place being able to quickly react to the unpredictable when miles from shore can simply mean survival while ultimately increasing the chances for success. Bruckner’s experience in both environments has allowed him to develop the mindset and balance to move through chaos with a plan process to adapt. His presentation can introduce your organization to those tools.

Bruckner Chase is a husband, athlete, coach, speaker and writer. His endurance career began in the early 80’s, and he competed his first Ironman distance triathlon in 1985 at the age of 19. Those early forays into endorphin nirvana led to a life long passion for discovering his own potential while encourage others to discover their own.

Bruckner holds a degree in Exercise Science from Rice University and has been a personal trainer and swim coach at the age group, high school and Masters levels. As an ocean lifeguard swim instructor, Bruckner works with South Jersey beach patrols as well as Coast Guard rescue swimmers. In an effort to raise theOcean Consciousness of the Ocean City community, Bruckner and

his wife Michelle founded the Ocean City Swim Club to create opportunities for others to discover a place in the ocean while at the same time gaining an understanding of how our lives on land are intimately connected to the seas.

In three decades of endurance pursuits, Bruckner has competed as a professional triathlete and an ultra-distance runner even finishing the Vermont 100 mile endurance run in 1998. More recently Bruckner has redirected his endurance pursuits to the ocean as a waterman and marathon swimmer. As committed as he is to discovering his own potential in the water, Brucker is more passionate about raising awareness of the impact we all have on the oceans. Through endurance pursuits, writing and speaking Bruckner is committted to Changing How We Feel and Think About the Oceans.